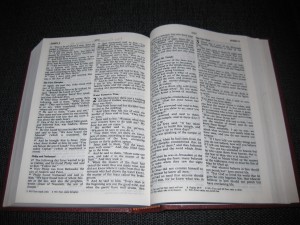 Grace Reformed Baptist Church is a Particular or Calvinistic Baptist church, confessing that system of doctrine expounded in the 1689 Baptist Confession of Faith. We believe that this Confession of Faith gives a succinct summary of the great doctrines of Scripture and we accept it as the doctrinal standard of the church subordinate to the Word of God, which is our ultimate authority in matters of doctrine and practice.

The following statement of doctrine is to be interpreted in the light of the fuller statement of the 1689 Confession.